Following medical studies in Würzburg, doctoral work at Harvard Medical School and postdoctoral work in Heidelberg, Alwin became a group leader at the Max Perutz Labs in 2010 and is now the Professor of Molecular Biology and the Scientific Director of the institute.

We recently discovered nuclear lipid droplets as energy-storing organelles which originate from the inner nuclear membrane. We now aim to understand whether and how nuclear lipid droplets (nLDs) influence nuclear proteostasis. Together with our collaborators we want to answer the broader question of how lipid droplets, in synergy with other organelle-based degradadion systems such as autophagy and ER-based proteolysis, can protect the cellular proteome. Given the pervasive role of lipid droplets in human disease, new therapeutic avenues may emerge from exploring the basic mechanisms underlying nLD function.

At least 15 human diseases are associated with misfolded protein aggregation in the nucleus and include Huntington’s disease and many spinal cerebellar ataxias. Nuclear protein quality control is important because a failure to remove misfolded proteins from this organelle by the ubiquitin-proteasome system (UPS) can lead to a deterioration of cells. Our understanding of how cells maintain the quality of nuclear proteins is still in its early stages. Recently, we have found that yeast cells respond to a surplus of nutrients by generating nuclear lipid droplets (nLDs). Notably, cytoplasmic lipid droplets (cLDs) are thought to act as cellular “protein sinks”, which can sequester misfolded cytosolic proteins and prevent them from forming toxic aggregates. Here, we want to explore whether nLDs are required for cellular proteostasis, albeit in a different cell compartment and with a different set of client proteins than their cytoplasmic counterparts. Our experiments will address the function of a newly described organelle in nuclear quality control. This could open up new paths of investigating UPS function and may have implications for various human pathologies that originate inside the nucleus. 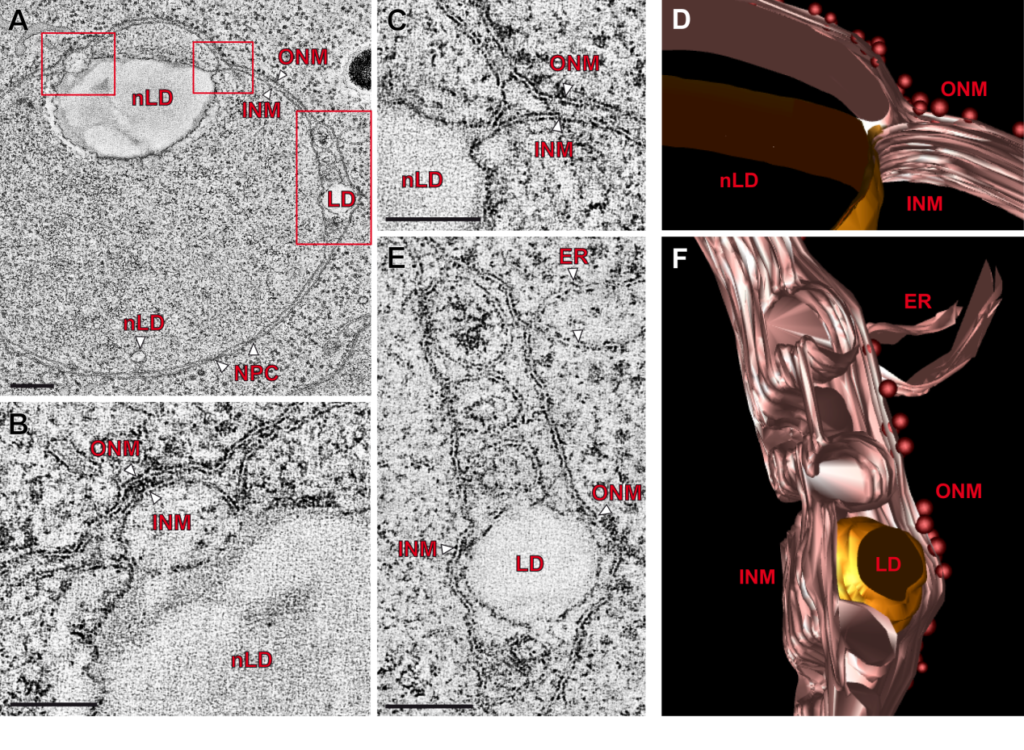