Targeted protein degradation (TPD) represents a novel paradigm in drug discovery that could lead to more efficient medicines to treat diseases such as cancer. “Molecular glue degraders” are an emerging but understudied class of small molecules that have been shown to induce degradation of proteins commonly considered “undruggable”. Researchers at CeMM, the Research Center for Molecular Medicine of the Austrian Academy of Sciences, have described a strategy that, for the first time, enables the rational and highly scalable discovery of novel molecular glue degraders. Their findings have been published in the renowned scientific journal Nature Chemical Biology, on 3 August 2020.

Despite enormous efforts to advance traditional pharmacology approaches, more than three quarters of all human proteins remain beyond the reach of therapeutic development. Targeted protein degradation (TPD) is a novel approach that could overcome this and other limitations, and thus represents a promising therapeutic strategy. TPD is based on small molecules, generally called “degraders”, which can eliminate disease-causing proteins by causing their destabilization. Mechanistically, these degrader drugs repurpose the cellular protein quality control system, tweaking it to recognize and eliminate harmful proteins. In detail, they re-direct members of the protein family of E3 ubiquitin ligases (E3s) towards the disease-causing target protein. This leads to a “molecular earmarking” of the harmful protein via a process called “ubiquitination”. Subsequently, the ubiquitinated protein is recognized and degraded by the molecular machine called the proteasome, which serves as the cellular garbage disposal system.

In this study, CeMM researchers turned their focus to a subset of degraders called “molecular glue degraders”. This class of seemingly rare small molecules has been shown to induce the degradation of target proteins that could not be blocked via ways of traditional pharmacology. Consequently, these proteins had been termed “undruggable”. The best characterized examples are the clinically approved thalidomide analogs, effective for the treatment of different blood cancers. Unfortunately, the discovery of the few described molecular glue degraders has historically been a process entirely driven by serendipity and no rational discovery strategies existed.

To overcome this limitation, Georg Winter’s group at CeMM set out to innovate a scalable strategy towards the discovery of novel molecular glue degraders via phenotypic chemical screening. To this end, first author and CeMM postdoctoral fellow Cristina Mayor-Ruiz and colleagues engineered cellular systems widely impaired in E3 activity. Differential viability between these models and E3-proficient cells was used to identify compounds that depend on active E3s, and therefore, potential molecular glue degraders. Researchers integrated functional genomics with proteomics and drug-interaction strategies, to characterize the most promising compounds. They validated the approach by discovering a new RBM39 molecular glue degrader, structurally similar to others previously described. Importantly, they discovered a set of novel molecular glues that induce the degradation of the protein cyclin K, known to be essential in many different cancer types. Interestingly, these novel cyclin K degraders function via an unprecedented molecular mechanism of action that involves the E3 CUL4B:DDB1 and that has never been therapeutically explored before.

This study, performed in close collaboration with CeMM PI Stefan Kubicek, thus provides the first framework towards the discovery of molecular glue degraders that can be highly scaled, but also strongly diversified. “I truly believe that we are only scratching the surface of possibilities. This study is chapter one of many chapters to follow. We will see a revolution in the way researchers perceive and execute therapeutic strategies for previously incurable diseases by crafting glue degrader strategies that will enable them to eliminate therapeutic targets that could not be explored with traditional pharmacologic approaches,” says CeMM PI and last author of the study Georg Winter. 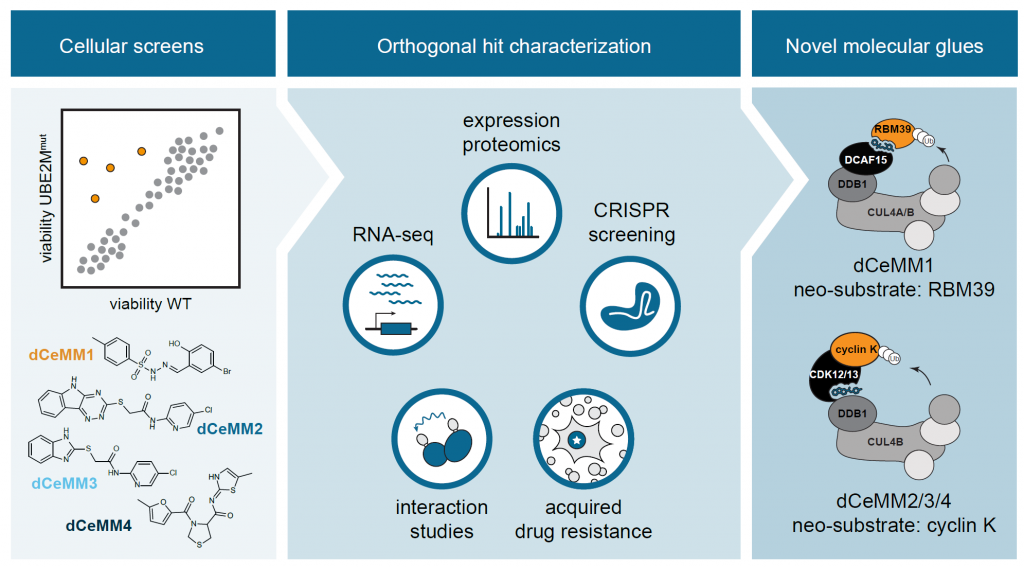 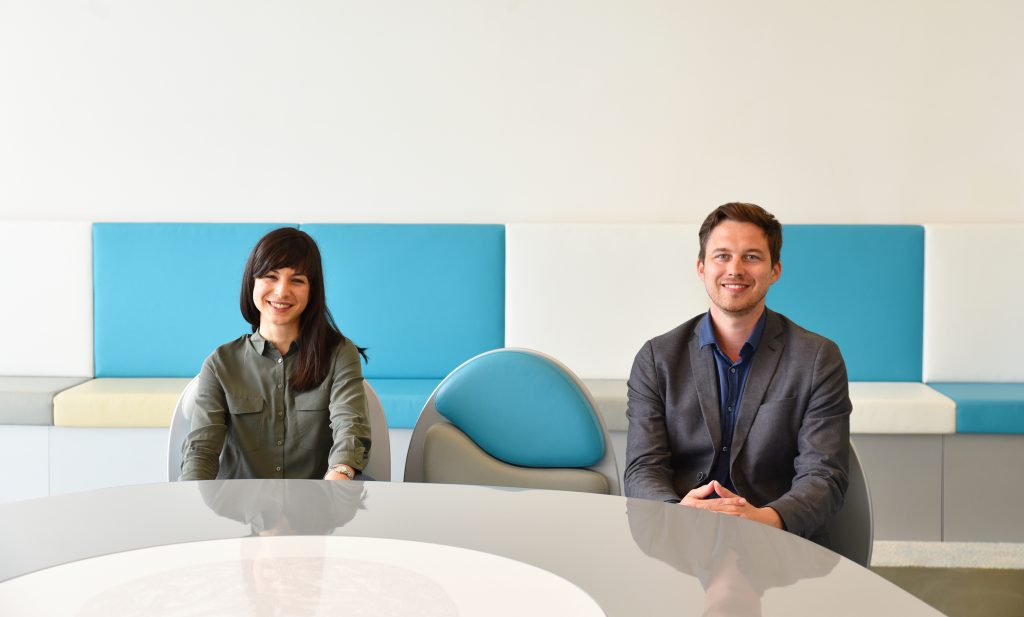