Researchers in the lab of Yasin Dagdas at the GMI and their collaborators reveal a “hub and spoke” distribution model used by plant cells to regulate autophagic flux and thus efficiently coordinate cellular recycling. Their work has been published in the Journal of Cell Biology.

Cells make use of specialized vesicles, the autophagosome, to recycle unwanted or harmful cellular compartments. These double-membrane organelles are created de novo by the cells to engulf the unwanted molecules and carry them, in case of plant cells, to the vacuole where they are degraded. Autophagosomes need to undergo a maturation process to fulfil their delivery to the final destination. In plants, not much has been known about this maturation path of the autophagosomes, i.e. their delivery and fusion with the vacuole.

Plant autophagosomes mature into amphisomes prior to their delivery to the central vacuole . 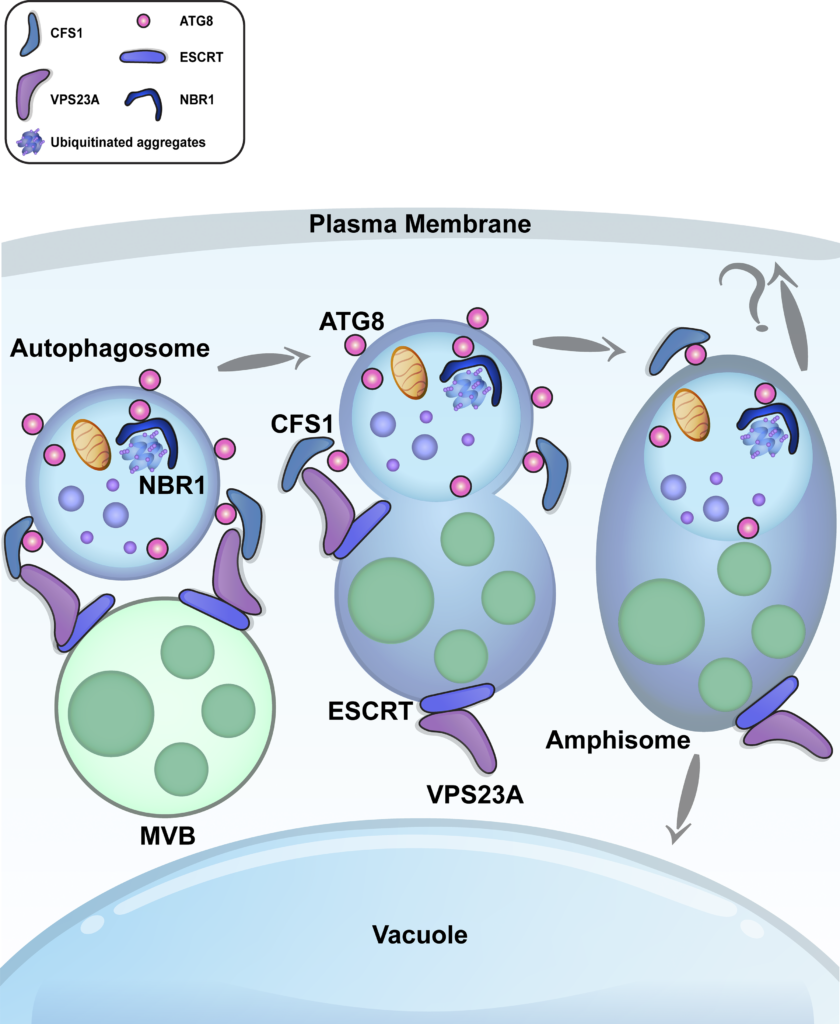